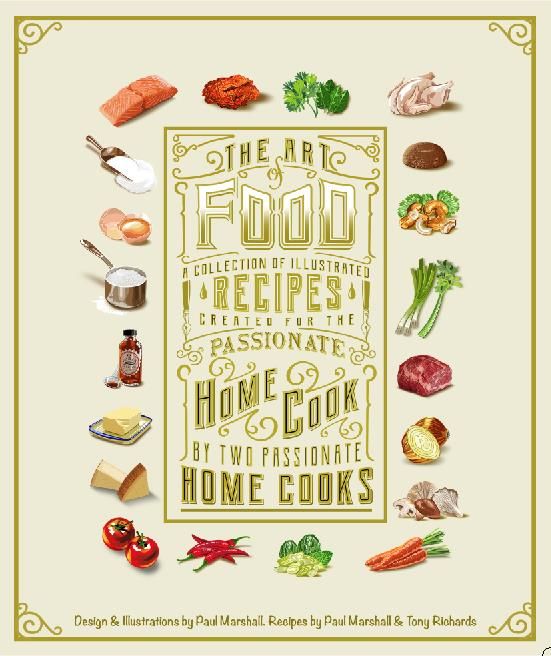 The Art Of Food

A Collection of Illustrated Recipes

An illustrated and visual cookbook WITHOUT any photographs - just amazing illustrations!

Superbly created and illustrated by Paul Marshall – one of New Zealand’s leading advertising agency illustrators (and self proclaimed ‘Foodie’). Straightforward, easy to prepare and delicious recipes with gorgeous illustrations and instructions

Paul Marshall first started cooking at the age of 11, watching his mother cater for the elaborate parties that she and his father regularly held. He refined his skills over the years, collecting many cookbooks along the way while working as an artist/designer, then Art Director. In 1981 he took a break from advertising and got a job at Maggies Farm, one of the best BYO restaurants in Auckland at the time. He started as a dish washer and worked his way up to sous chef before moving back to advertising, with accounts including Eta Foods, Coca Cola, and Air New Zealand. He won a gold medal for food illustration at the 1991 New York Advertising Awards. He has three sons – one works as a chef in Auckland, the other two just like to eat his food that he is only too happy to prepare!.