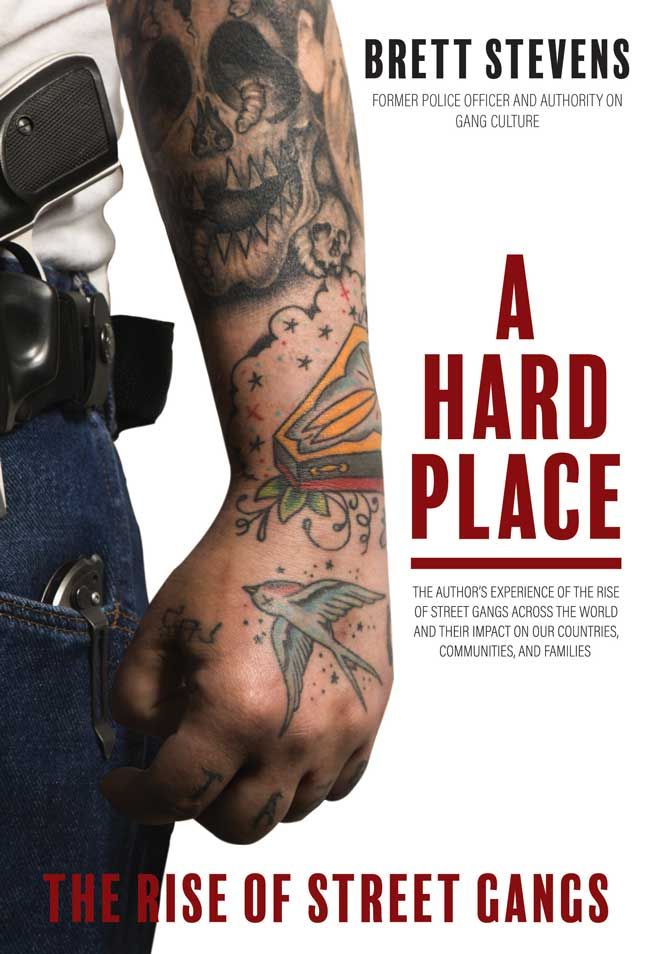 THE RISE OF STREET GANGS

Today, the gang culture has developed into a global subculture in more countries than ever before, and as such we need to understand it and develop strategies to suppress it.
Brett Stevens served in the police force for 13 years, working at Sydney’s infamous red-light district of Kings Cross, followed by the Tactical Response Group. In the 1990s he spent a number of years in the United States studying police tactics and the impact of street gangs before managing troubled young gang members in group homes

It was here that he came to understand the gang ethos and the shared notions of respect, courage and duty. On returning to Australia he identified the same forces that he had seen in the United States, which have led to the rise of home-grown gangs, and he witnessed their impact upon his own community and even his family.

A Hard Place is Brett Stevens’ firsthand account of the spread of gang culture across the world, where drive-by shootings and communities under siege have become the new normal.

Brett Stevens joined the NSW Police Force in 1982 where he served for 13 years. During this period, he worked at some of the toughest areas, such as King’s Cross, the red-light precinct of Sydney and various patrol, drug and tactical units. From 1989 to the mid-1990s he moonlighted as a freelance photojournalist. Possessing a keen interest in law enforcement, Brett studied crime and tactics across the USA, interviewing hundreds of cops and published their stories in the international magazine market. A reservist in the Australian Army, he now works as a consultant in the field of risk and emergency management for a multi-national organisation.