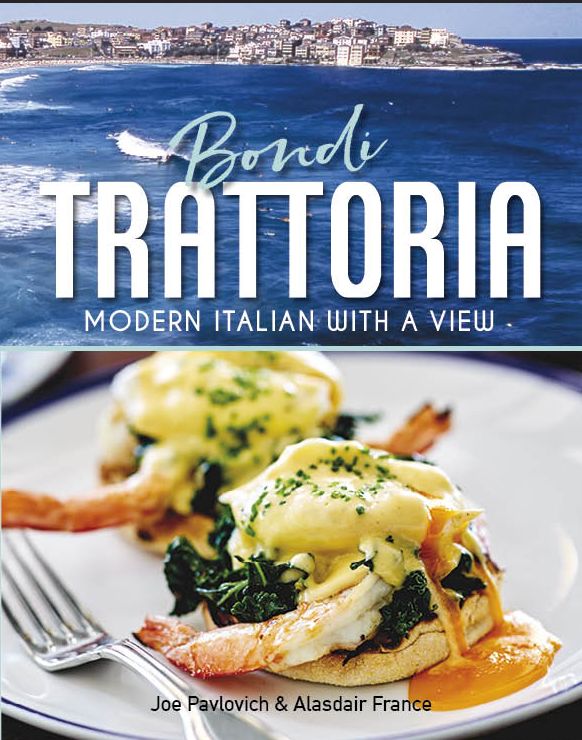 Modern Italian With A View

Bondi Trattoria has been serving locals and internationals for 30 years, right over the road from Australia’s most famous beach. Nestled under a deco hotel turned retirement village, the restaurant is known as the ‘Tratt’, with a family friendly, relaxed vibe and views down the hill that are as iconic as the beach itself.

Joe Pavlovich and Alasdair France, both New Zealanders, have extensive experience on both sides of the Tasman and internationally, creating and running quality food and beverage offerings. After many years working together this is their first venture as business owners and they wanted to create a traditional feeling, fuss free restaurant. So when the owners of 30 years were giving up the Tratt, they jumped at the chance to take an icon and make it their own.

Diners and drinkers at Bondi Trattoria enjoy a menu that’s modern Italian with a healthy dose of Mediterranean influence. There is a passion for good ingredients, a dedication to the best of Australian, the faces of two highly regarded industry professionals, and a smart traditionality that says simply, welcome to our restaurant, we love what we do.

This cookbook is a glimpse into the world of Bondi Tratt. There are some menu staples, some new dishes, and a few cocktails to help you get into the swing of good entertaining. Recipes include modern pasta dishes, pizzas, favorites from the vegetable section, antipasti, and of course desserts for the light and indulgent minded. Joe’s food will leave you full of love and goodness.

Joe Pavlovich started in fine dining in Auckland before coming to Australia where he worked with Serge Dansereau at Kables, est, then at Bistro Lulu before rising to the position of Group Executive Chef for The Mangan Group. This saw Joe manage Luke Mangan’s Australian and International restaurants and ventures worldwide. Joe oversaw glass brasserie, Sydney; Amilla Resort, Maldives; Salt grill, Surfers Paradise; Salt grill, Singapore; Salt tapas & bar, Singapore; Salt grill Jakarta; Salt, Tokyo; Salt grill on five P&O Cruise Ships. Bondi Trattoria is their first venture as proprietors. Few people have as much experience to draw upon as they do, both practically and creatively.

Alasdair France has Post Graduate Diploma in Horticulture (Wine Science and Viticulture). At Dockside in Wellington, New Zealand, he was the inaugural winner of the Supreme Felix, an industry voted award for excellence in hospitality. After moving to Australia he worked at Bistro LuLu, Otto, glass, was F & B Operations Manager of Hilton Sydney, in charge of one hundred people, then Group Operations Manager of The Mangan Group. He also lived and worked in Singapore, the Gold Coast and The Maldives opening venues for Mangan.