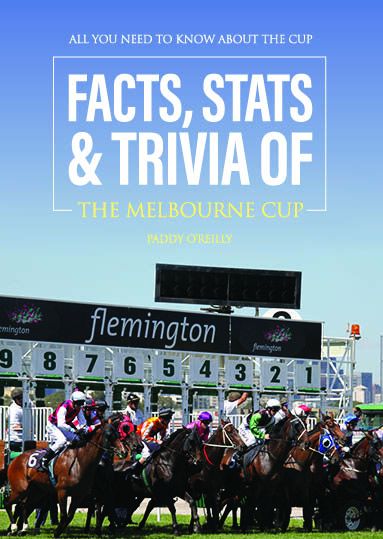 A History of Test Cricket

THE RUGBY LEAGUE Book of Records, Stats and Trivia

The Melbourne Cup is Australia’s premier sporting event … ‘the race that stops a nation’. Since its first running in 1861, the history of the Cup – the winners, the trainers and the jockeys – has become an indelible part of our sporting culture. In the last 20 years, the race has taken on international significance with the success of important horses from Ireland, England, Germany and Japan. The two-mile (3200m) handicap conducted at Melbourne’s Flemington Racetrack on the first Tuesday in November each year is now watched by millions of people from around the world.

This one little book has all the important information for 155 years of The Melbourne Cup – winners, placegetters, jockeys, trainers, prizemoney, starting prices, margins of victory, weights, winning saddle numbers and barriers!

Rather than just being a book of cold hard facts and numbers, there are countless breakout stories of interesting trivia for each win ner as well as important ‘history spots’ when has history has been made. This little book will become an important reference book in the years ahead as a time capsule of 155 years of racing history.

The book will also provide important information sought by punters to choose future Cup winners … history and records will point the way!

Includes rare and historic images of past Melbourne Cup winners as well as memorabilia of the great race.