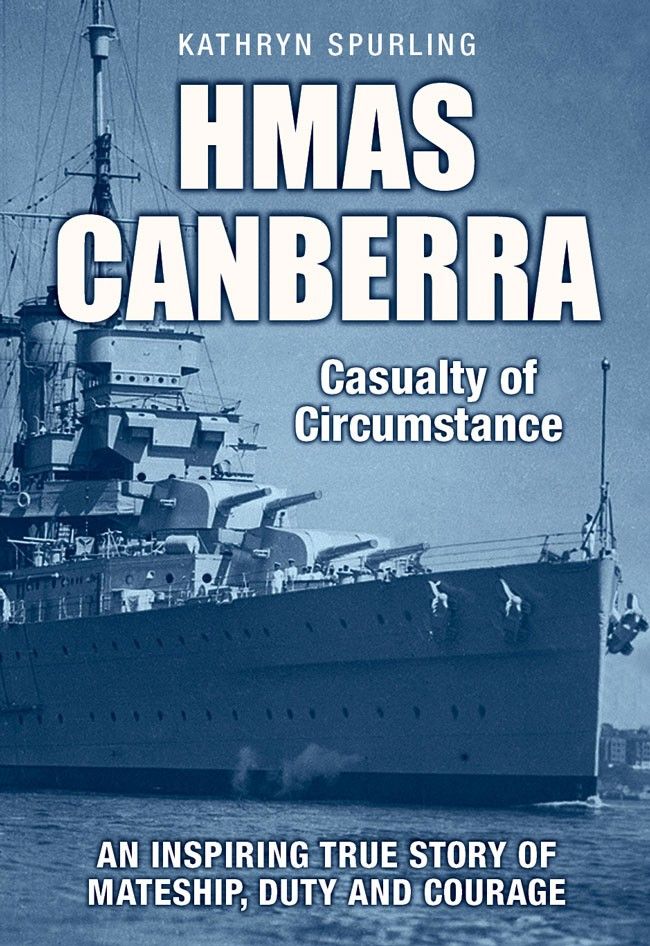 This is the story of HMAS Canberra from from the time the ship was commissioned in 1928 to the last terrifying moments when HMAS Canberra’s fate was sealed.
Some may know the fate of HMAS Canberra on 9 August 1942 in a war-ravaged Pacific Ocean. World War II was in full force and it was about to overwhelm those  onboard the Australian Navy cruiser. But the events that lead to Canberra’s demise on that dark night are not so well known – until now. A tribute to the 84 men whose lives were lost, this book tells their stories and those of the men who survived – all share their motivations for joining the Navy and tell what it was like onboard.
If there were questions about the readiness of Australian warships for modern warfare, or about the power of the British Admiralty over Australian Royal Navy Officers, this book has the answers.
What was the role of the American fleet? Was there an international cover-up concerning friendly fire on that night?

Be informed about a significant event in our naval history. Be inspired by the stories of the men who served. But most of all, be prepared to be shocked. In 2012 she was appointed a Visiting Fellow at the Australian National University, Canberra and in 2014 became an Adjunct Visiting Research Associate with Flinders University. She has lectured extensively overseas on military issues.

She has written ten books, including for New Holland Publishers: