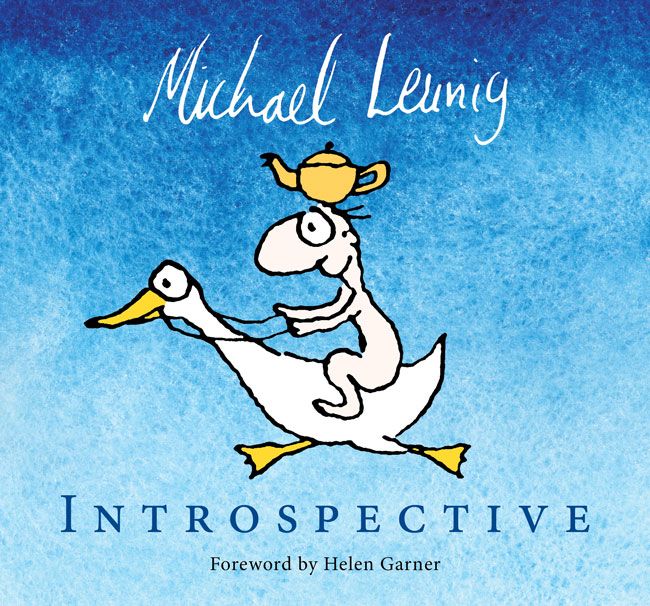 The cartoons appeal to our sense of the ridiculous, and to our humanity. Introspective is a book that makes one laugh, and cry.

Collection of images selected for an exhibition of Leunig's paintings and satirical cartoons at the National Gallery of Victoria. Foreword by Helen Garner and comments by the artist, the selection contains the signs of struggle, normally etched out in the printing process'.

Michael Leunig was born in 1945 in Australia. He is a cartoonist, poet, and cultural commentator. He is known for works such as The Adventures of Vasco Pyjama and the Curly Flats series. He attended the Swinbourne Film and Television School, where he studied how to make documentaries. He began his cartoon career while at Swinburne in the late 1960s when his cartoons appeared in the Monash University student newspaper Lot's Wife. In the early 1970s his work appeared in the radical/satirical magazines Nation Review, The Digger, and London's Oz magazine as well as mainstream publications including Newsday, and Woman's Day. Leunig has frequently satirised concepts such as Americanisation, greed, consumerism, corporations and warmongering, in a personal proclamation against the War on Terror. Of particular note were his parodies of political matters, especially those concerning former Australian Prime ,Minister John Howard and former American president ,George W. Bush. This has earned Leunig the description of "political cartoonist"