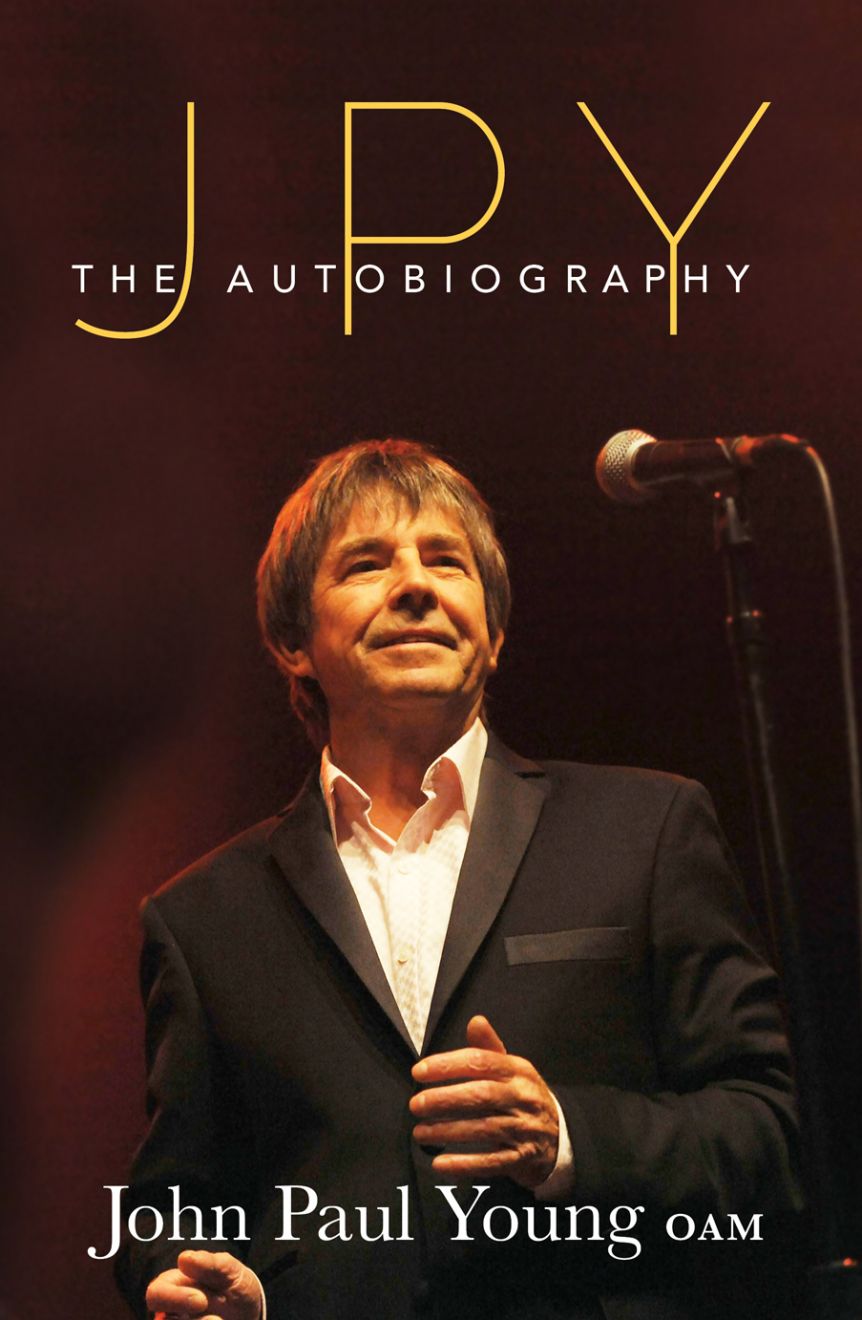 John Paul Young is one of the most iconic artist in Australian music’s history, with over four million world wide album sales and numerous awards which garnered him an induction into the ARIA Hall of Fame in 2009.

In J.P.Y: The Autobiography John shares not only his music success from the mid -70s through the late 80s, he also tells of his career resurgence when in 1992 the new version of ‘Love is in the Air’ was included in the highly successful movie, Strictly Ballroom.

He was awarded his OAM in 2012 for service to the performing arts as a singer and songwriter, and through support for a range of charitable organisations. The 70s pop icon John Paul Young is a legend of the Australian music industry. From his humble beginnings as a sheet metal worker in the 60s, to the star of musicals and the pop charts – who was once pulled off the Countdown stage by screaming teenage girls! – JPY remains one of the hardest working men in Australian showbiz.

J.P.Y: The Autobiography is packed with stories from a career in showbiz spanning close to 50 years.

John Paul Young, OAM is a Scottish-born Australian pop singer who had his 1978 worldwide hit with "Love Is in the Air". His career was boosted by regular appearances as a performer and guest host on national broadcaster, ABC's 1974–1987 TV series, Countdown John Paul Young has been a star of the Australian stage and pop charts for close to 50 years.