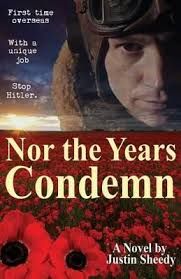 A HISTORY OF THE AUSTRALIAN MILITARY

Narwhal's Friends of the Sea

Nor the Years Condemn

$29.99
ISBN
9781760790820
Details
At the beginning of World War II, Britain was in the deepest trouble imaginable. 5 minutes flying time away crouched a monster. Alone against it, Britain called out to her Empire. For pilots. From all corners of that Empire, they volunteered. Only the best & brightest were chosen. Australian Daniel Quinn was one of these young men who came to fly against the monster. They had a 1-in-3 chance of survival.

Nor the Years Condemn is based on the true story of the young Australians who flew Spitfires against the all-conquering might of Nazi Germany. In their late teens and early-20s, for the job at hand they had to be the 'shining ones', rendering the death of so many of them doubly heart-rending for the reader. Daniel Quinn, flanked by the often hilarious young men of his elite ilk, leaves his peacetime life behind to fight tyranny in this portrait of doomed, brilliant youth.

With in-the-cockpit flying sequences that readers have described as 'cinematic', Nor the Years Condemn is also a story of the mothers cursed to relinquish their wonderful sons to war, of first love, of strategic deception and betrayal, of brotherhood and once-in-a-lifetime friendship on a knife's edge. It is a story of shining young men destined never to grow old, and of those who do: the survivors 'condemned by the years', and to their memory of friends who remain forever young.

Justin had his first book, Goodbye Crackernight, published in 2009, a comic memoir of growing up in 1970s Australia, back in a long-lost era when a child’s proudest possession was not a Playstation but a second-hand bike. Goodbye Crackernight was so warmly received by Australian readers that it secured Justin a place on the program of the prestigious Byron Bay Writers’ Festival 2010. 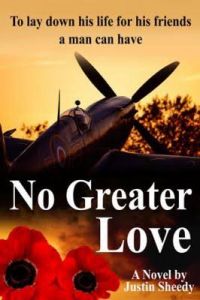 No Greater Love
$29.99
Add to Wish List Add to Compare 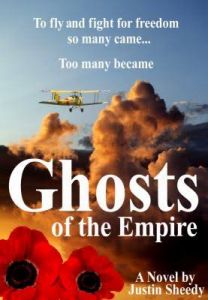