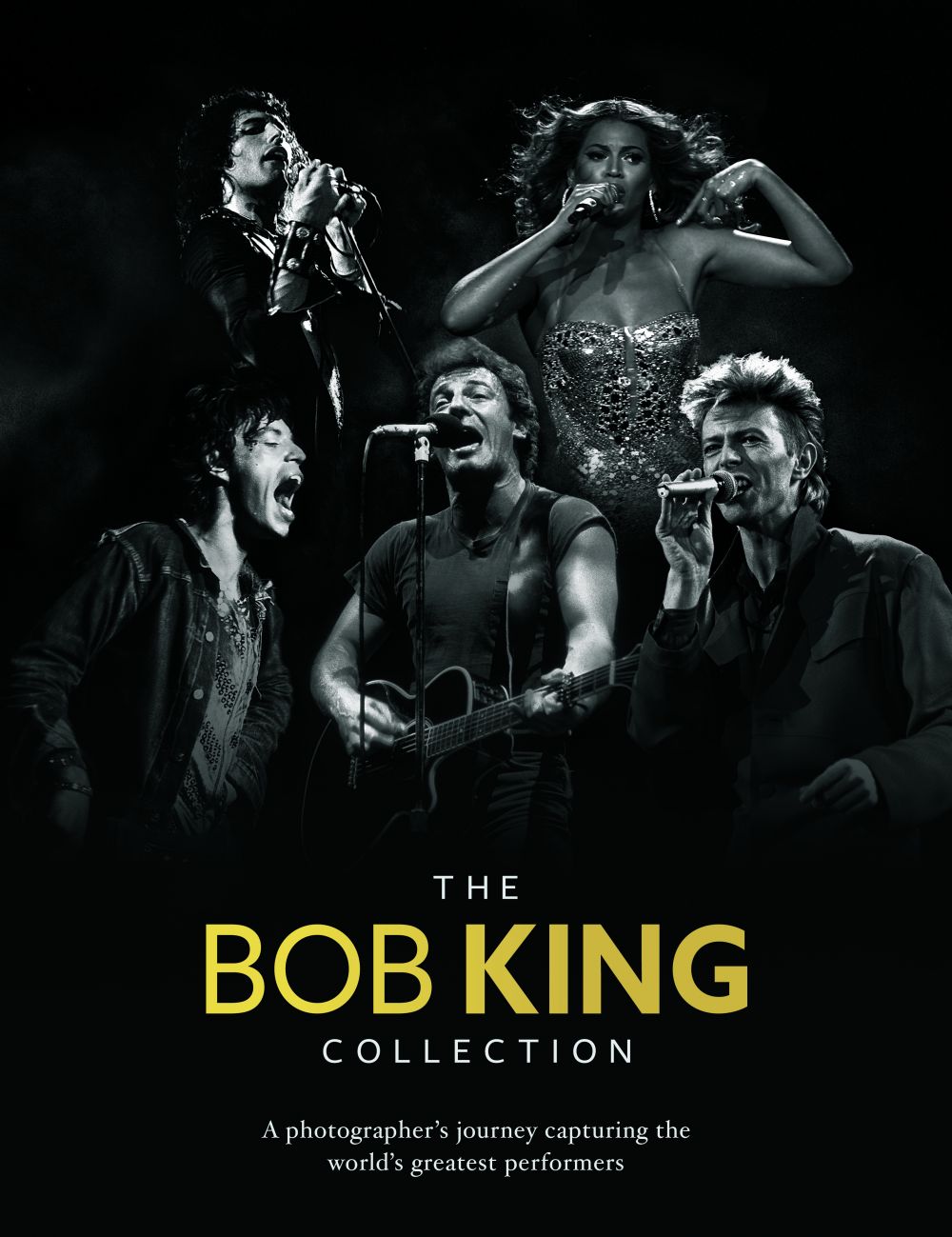 From the 1960s to the 2000s, The Bob King Collection, is the quintessential journey of popular music and the musical performances that have shaped our culture over 50 years. For photographer Bob King, who has captured thousands of moments on stage and off, it’s been one hell of a ride capturing incredible images of everyone from Frank Sinatra to The Beatles, the enduring Rolling Stones, U2 at their very best, the ear-splitting sounds of AC/DC and Metallica, and the musical extravaganzas of Madonna, Beyoncé and Katy Perry – to name but a few.

Whether you’re into soft rock, country rock, prog rock, pop, punk, Motown, heavy metal, or any other genre of music, you’ll find hundreds of concerts and their stars featured in almost 700 vibrant pictures interspersed with biographies and Bob’s personal recollections of the stories behind the pictures. Relive the electric atmosphere of the big arena, the music festivals and the intimate pub music scene. It’s more than just the music – it’s the lights, the sounds, the crowd – all captured in this large format book, up close and personal. The lens of Bob King takes us on an intimate trip through the musical performances that have helped shape modern music. A must-have book for all music lovers.

Bob King started his career as a teenager in 1964, snapping shots from his seat surrounded by thousands of screaming fans. Over the decades, he has photographed thousands of concerts and almost as many entertainers. Having mastered the art of knowing ‘where to be and, more importantly, where not to be’ when photographing often mercurial music acts, Bob King has earned the respect from artists and industry professionals from all over the world.

Bob King has shot most of the world’s top performers over the past five decades – from The Beatles to the Rolling Stones (on many separate occasions), Elton John, David Bowie, Michael Jackson, U2, AC/DC, Midnight Oil, Prince, ABBA, Dire Straits, Pearl Jam and the Foo Fighters among countless others. The Bob King Collection showcases a lifetime of his best photography.