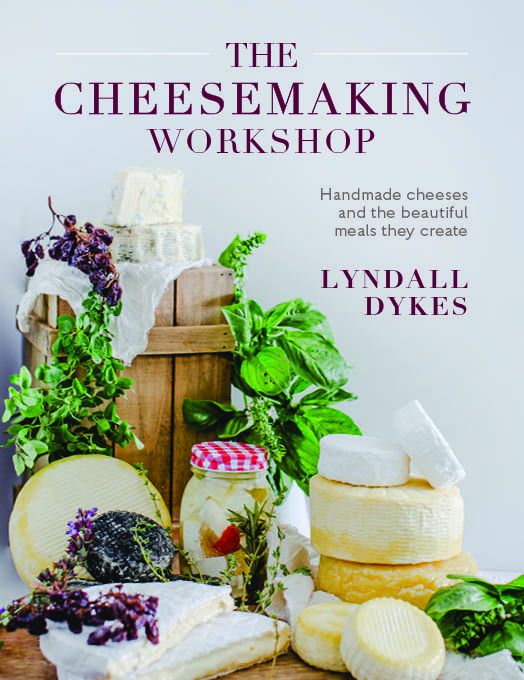 Cheesemaking is not the exclusive preserve of European experts or scientifically equipped kitchens. According to Lyndall Dykes, if milkmaids could make cheese with only the basics, you can too. Lyndall’s book The Cheesemaking Workshop is devoted to cheese – in every respect. Practical, hands-on with guided step-by-step photographs, advice and tips, it demystifies an ages-old process into a fun, accessible and economical new skill for home cooks of all levels.

Lyndall, known as ‘the cheese lady’ among her many local fans, has been teaching, cooking, and making cheese for more than 40 years and is a passionate advocate of wholesome,sustainable and delicious home-made food.

Lyndall Dykes has been sharing her knowledge of cooking from scratch for more than three decades. After studying macrobiotics in Sydney, she started one of Coffs Harbour’s first health food stores in 1977, The Nut House. From there she taught vegetarian cooking classes in the region, before working in media,including sales and advertising at 2CSFM (now Triple M Coffs Coast) and Prime Television. At the same time Lyndall ran her family household where every staple item of food was made from scratch. She created The Cheesemaking Workshop & Deli shopfront in the original plantation homestead at the NSW landmark Big Banana in 2016. The only outlet of its kind in Australia, the business is a one-stop haven for cheese devotees, and includes a deli – run by Lyndall’s daughter Melanie Browne – as well as teaching kitchens, dining room & equipment shop.