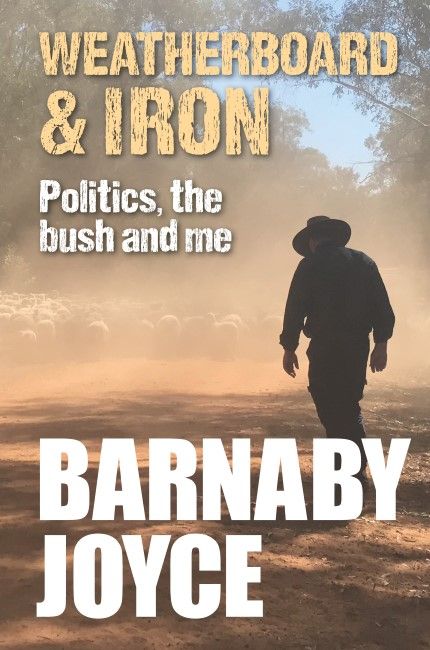 A Century Of ANZACS

$39.95
ISBN
9781760790332
Details
Barnaby Joyce is one of Australia’s most recognisable – and divisive – politicians of the modern era. A former leader of the National Party, and the Deputy Prime Minister between 2016 and 2018, Joyce’s world came crashing down in spectacular fashion when it was revealed that he was expecting a child with new partner Vikki Campion, a former member of his political staff. Coming so quickly after the public stoush with actor Johnny Depp, the High Court ruling that he was a dual citizen and his stunning victory in the subsequent by-election in his New South Wales seat of New England, Joyce was rarely far from the front pages of national and even international news media. In Weatherboard & Iron Joyce not only provides a background and context to these events but also offers the reader an insight into the inner workings of politics and the media in this country. Back to the backbench in life’s ever-changing game of snakes and ladders, Joyce outlines how his country upbringing informed and drove his political career…part memoir, part political insider and deeply personal
About the Author(s)

Barnaby Joyce was born in Tamworth, NSW, in 1967. He served as the leader of the National Party from 2016 to 2018 and was Deputy Prime Minister of Australia from February 2016 to February 2018. A graduate of the University of New England, he set up an accountancy practice in St George, Queensland in 1999 before entering politics. Joyce was elected to the Senate at the 2004 federal election and became the National Party's Senate leader in 2008. At the 2013 election, he transferred to the House of Representatives, winning the rural seat of New England in New South Wales. In the Abbott and Turnbull Governments, Joyce served as Minister for Agriculture (2013-2015), Minister for Agriculture and Water Resources (2015-2017), Minister for Resources and Northern Australia (2017) and Minister for Infrastructure and Transport (2017-2018). During the 2017 parliamentary eligibility crisis, Joyce was confirmed to be a dual citizen of New Zealand. Joyce re-entered parliament in December 2017 after winning the New England by-election with a massive swing to the government.