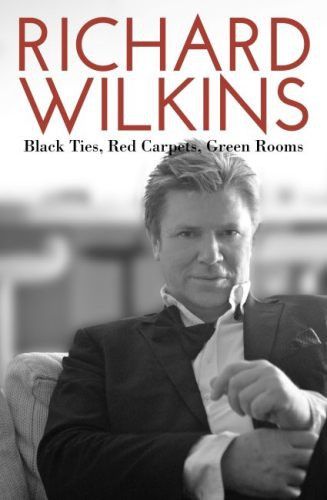 Black Ties, Red Carpets, Green Rooms is a collection of Richard Wilkins' favourite, most interesting, strangest and most embarrassing, star encounters. He weaves his own life story into the tales of celebrities, fame and interviews.

As Nine Networks Entertainment Editor and with more than 17 years on the Today Show, Richard Wilkins has interviewed the cream of the international entertainment industry from Madonna to the Rolling Stones, and from Andrea Bocelli to Nigel Kennedy. From the age of 18 when he struggled to support his wife and Down Syndrome son in rural New Zealand, to hobnobbing with the worlds hottest celebrities at the Oscars, Richard's life makes for extraordinary and deeply touching reading.

Now the father of five, Richard boards scores of flights each year in search of the perfect interview. But who is he really, and what made him the man he is today? Richard knows what its like to fly by the seat of his (very expensive) pants live to air, and yet he never loses sight of his roots as a down-to-earth Antipodean, living in Sydney with his family.

Richard is Nine Network's Entertainment Editor and presents daily features and interviews from across the world of showbiz on the network's Today show. Richard came to Channel Nine to present MTV which set a new benchmark for music television in Australia. His career expanded from there to magazine columns, syndicated radio shows, TV specials and exclusive interviews with the biggest names in the entertainment world. Before his media career Richard was a teachers' college graduate in New Zealand, majoring in English and music, but a promising career as a classicial violinest was dashed when his trained ear first heard the strains of the Beatles singing 'Love me do'. Richard Wilde (as he was then) became one of New Zealand's top pop stars. Richard is a tireless supporter of numberous charities, including the Starlight Foundation and Spastic Centres and is a past recipient of the Variety Club's Ricky May Heart of Variety Award for his continuing support of humanitarian causes. He is a keen environmentalist and a proud father of five children.