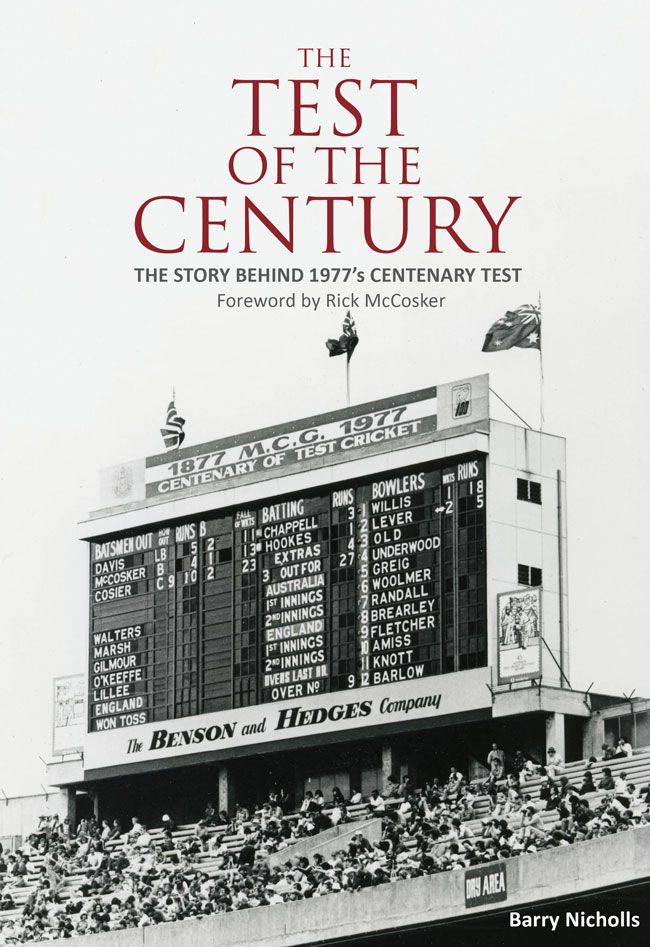 THE POCKET HISTORY OF THE ASHES

The Test of the Century

The Story Behind 1977's Centenary Test

The Centenary Test was played in March 1977 to commemorate the match that is considered to be the very first Test match, played in 1877. Both the 1877 and 1977 matches were played at the Melbourne Cricket Ground in Melbourne, Australia. Remarkably, Australia won both matches by exactly the same margin, 45 runs.

But behind the scenes, a war was raging _ mogul Kerry Packer would sign up the cream of both teams for his World Cricket Series (WSC) later that year.
The Centenary Test was full of controversy and heroics _ Rick McCosker's broken jaw; Rod Marsh's century; Derek Randall being recalled when he was given out on 161 and finally, England failing by 45 runs the same result from 100 years before.

Players from both teams are interviewed and the match placed in its historical context with a description of the tumultuous behind the scenes manoeuvers by both the Australian and England cricket Boards to stave off Kerry Packer s rebel competition _ World Series Cricket!

Barry Nicholls is an award-winning West Australian based broadcaster and journalist who presents a three-hour daily drive program on ABC South West. He also hosts a fortnightly half-hour podcast on sport writing for ABC Grandstand and has presented programs across Australia on ABC Local Radio.